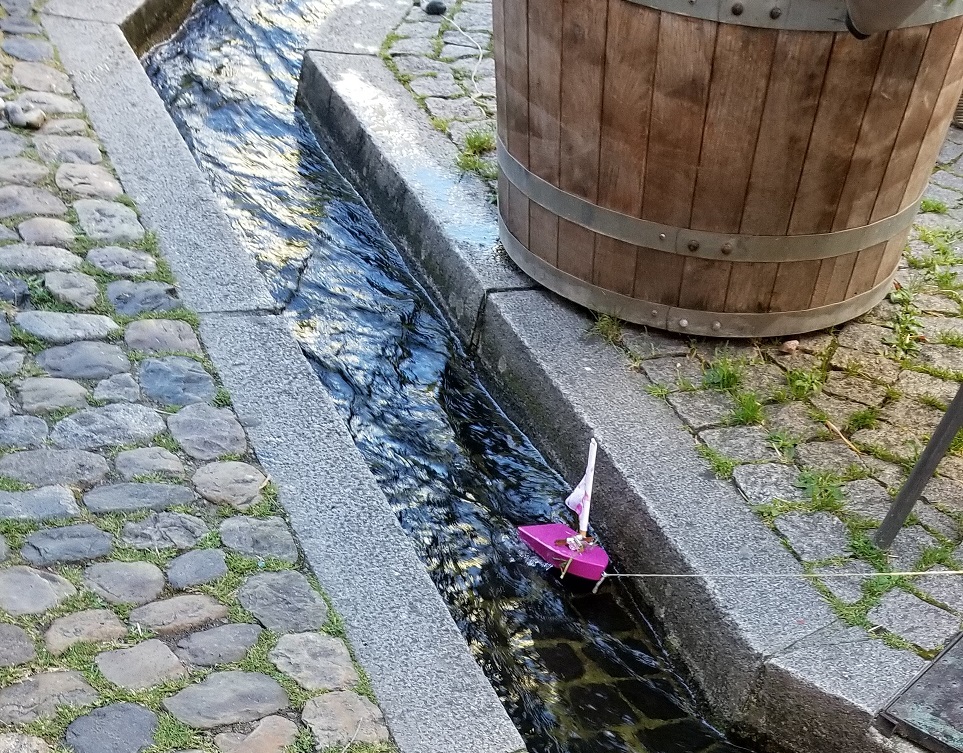 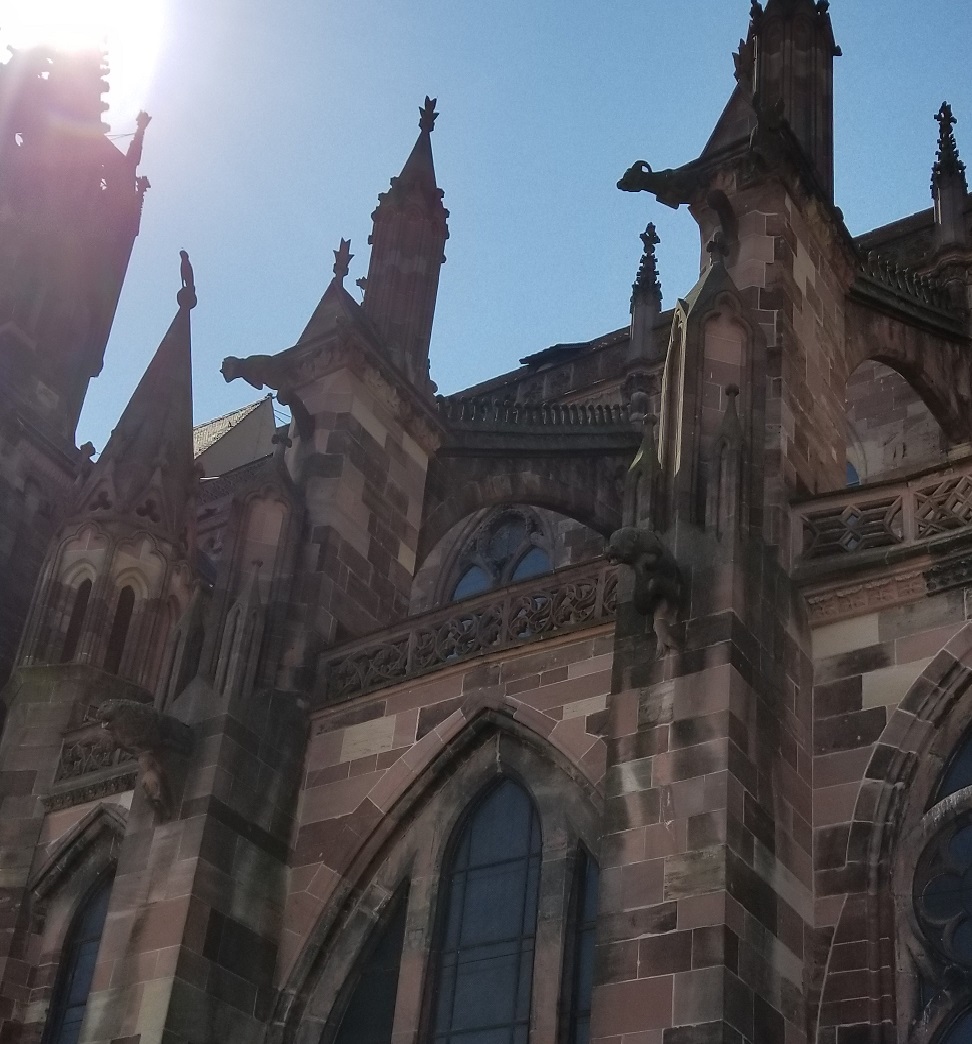 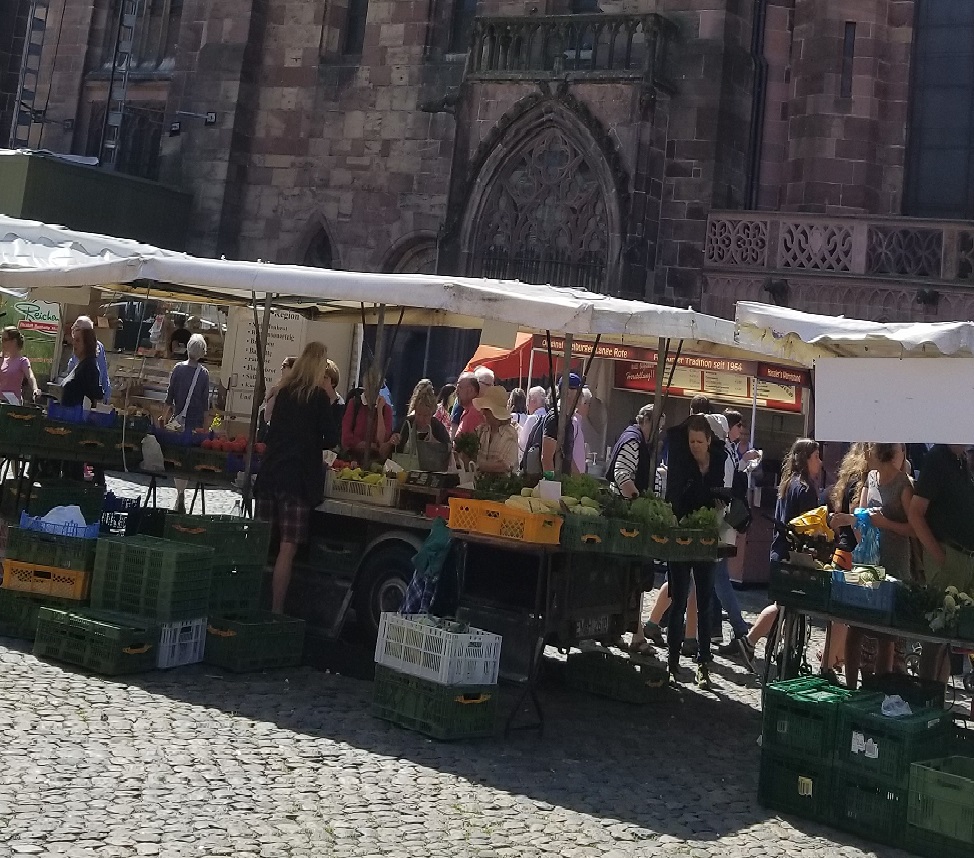 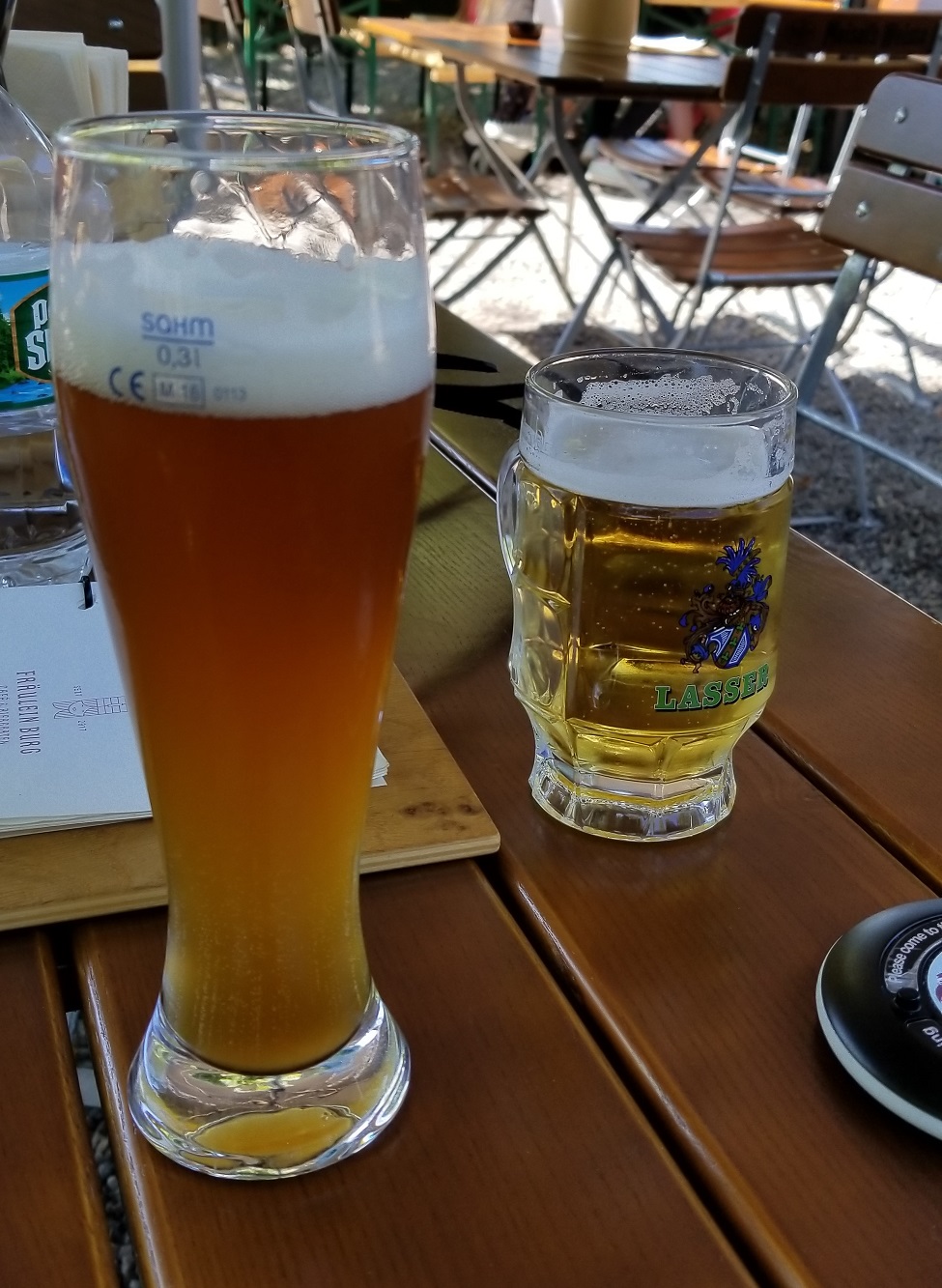 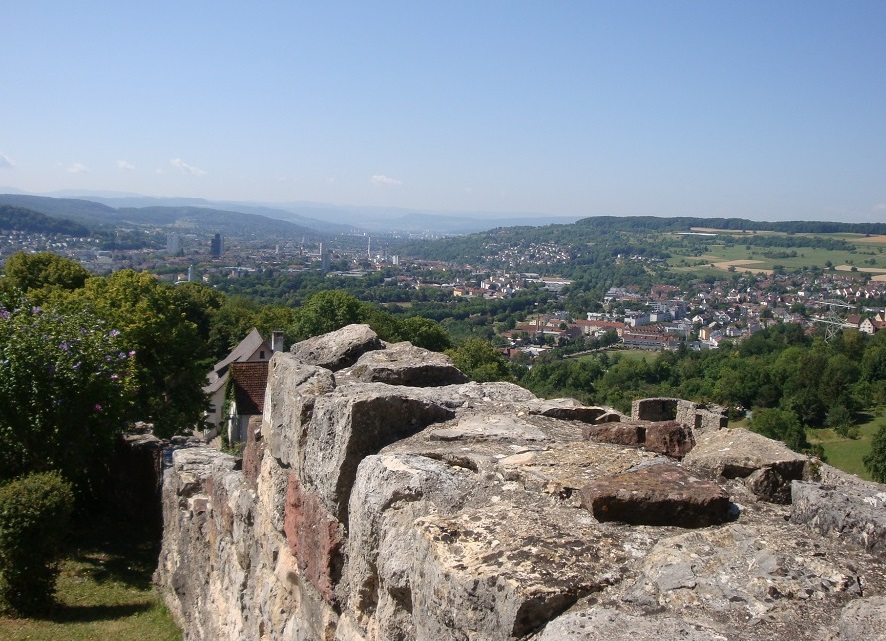 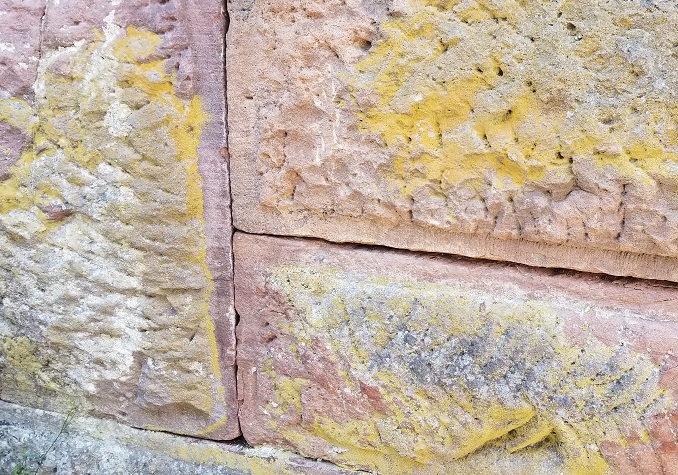 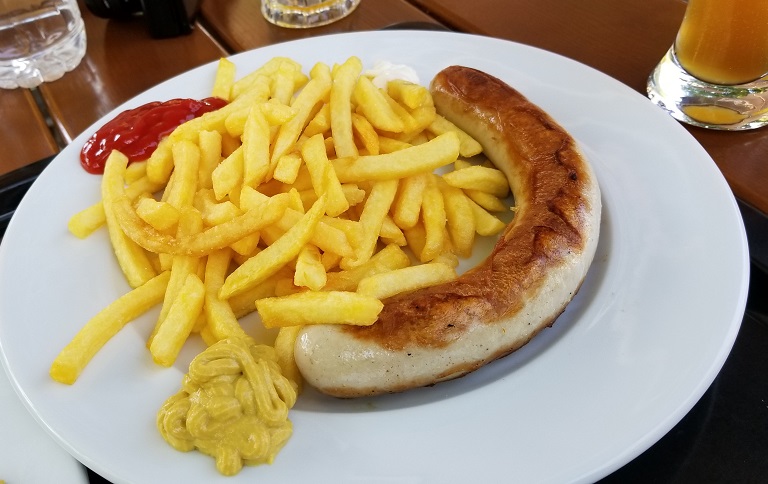 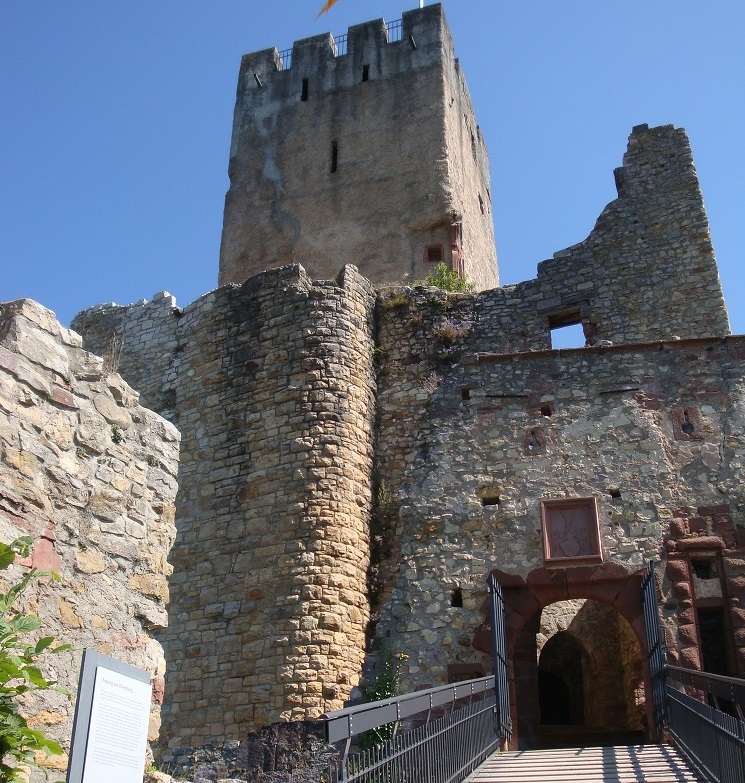 We were so near the German border when we were in the Alsace region of France, that we decided to take a couple of small trips. The Rotteln Castle was amazing, not at all converted to a modern conservation. When we climbed up, we had an amazing view of the upper-alphaRhine Valley. It also had a beer garden with different wursts and ice cold wheat beers. The town of Freiburg had a nice farmers market with beautiful looking fruits. I had to have my German Black Forest Cake that I promised myself I would eat near the Black Forest. I liked the town, and really liked the little water canals that were built into the street that children sailed small boats on. 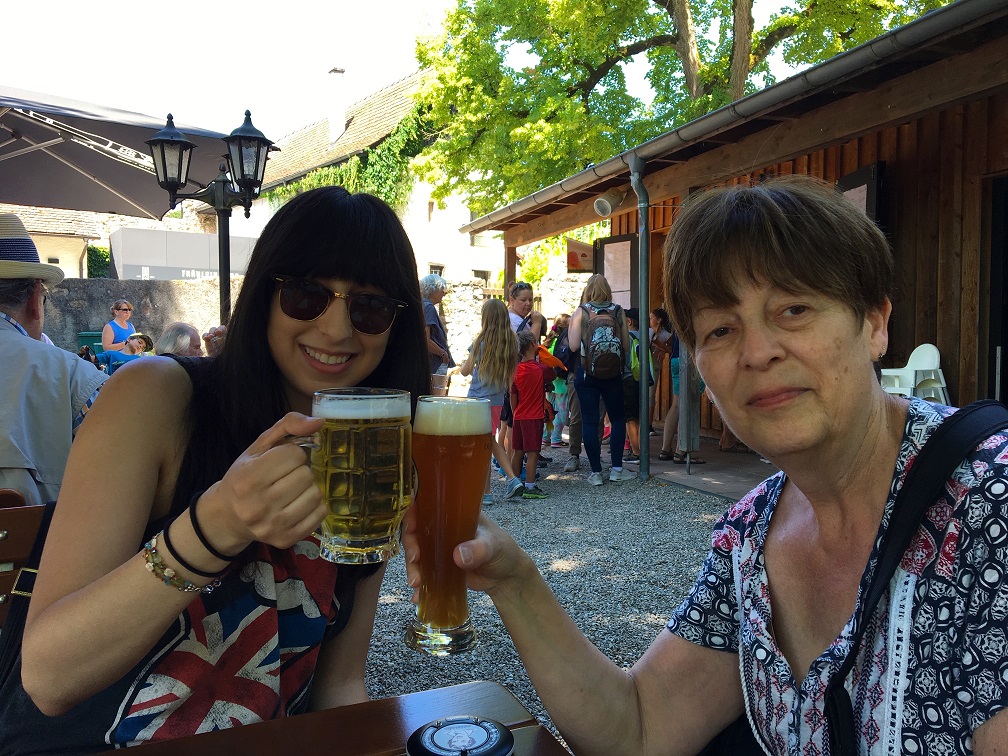 Drinking in the Beer Garden at Rotteln Castle 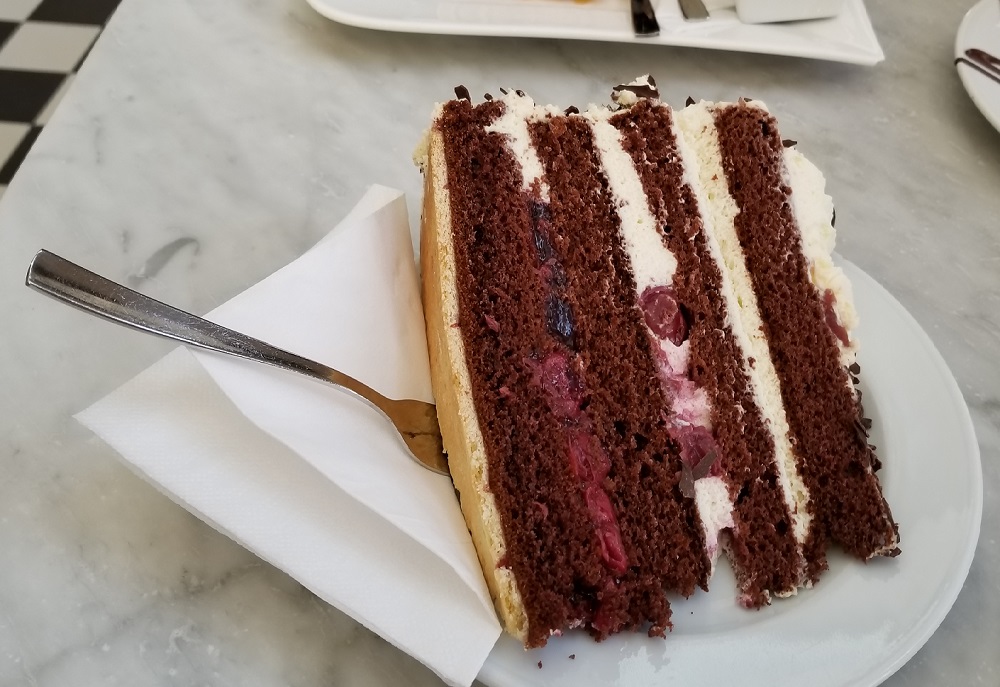 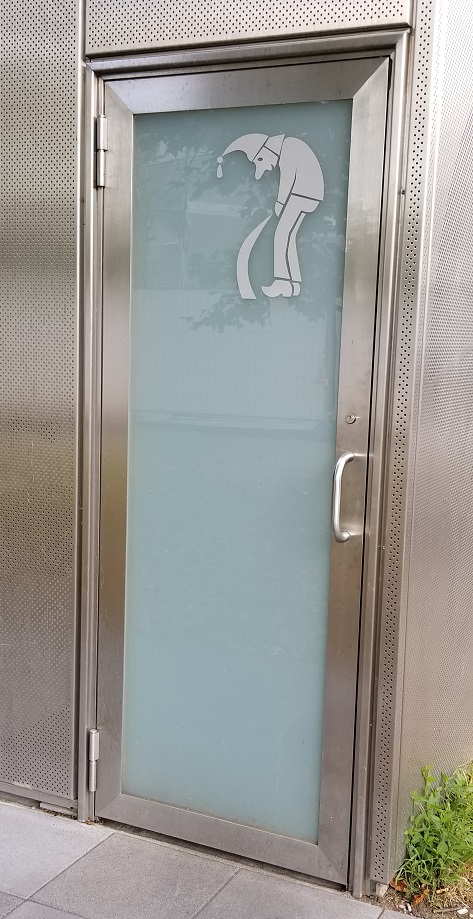 OK, so technically this public toilet was not in Germany, but we saw it on the same near the Botanic Garden in Basel. 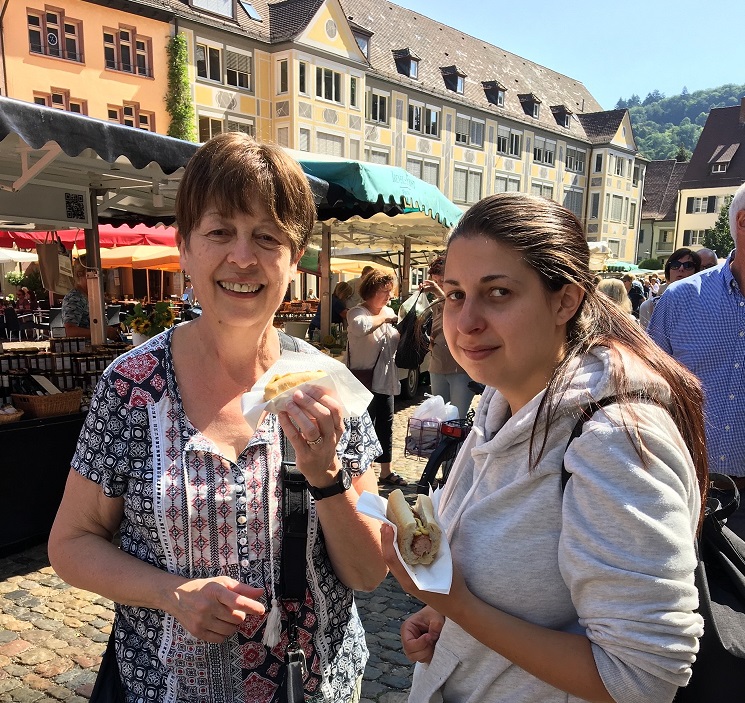 Eating the best wurst in the Marketplace in Freiburg

Some stones at the corners of the medieval keep show traces of elaborate workmanship. They are covered with a fine network of lines. Such stones are usually not to be discovered at a castle - rather churches from the 11th century